With over 500 courses, South Africa is a golfer’s paradise – combine to play golf on some of the world’s best courses whilst exploring the country.

Some of the highlights:

South Africa offers one of the most diverse and dramatic golfing experiences in the world, with top courses and a superb climate that allows year-round play. Along with the usual hazards and bunkers, lakes, rivers and forests you might find a crocodile guarding the 13th hole!

South Africa is also renowned for courses surrounded by stunning scenery, crashing surf at the Wild Coast Golf Course, the Outeniqua Mountains at Fancourt and wine farms bordering the Erinvale Golf Course in Somerset West. In the Western Cape, the main golf season is during the summer months from November to April. In the winter, the direction and severity of the notorious Cape winds adds to the challenge. The courses are lush and green year around and most are very scenic, often surrounded by mountains, beautiful beaches and forest.

South Africa offers an unforgettable golfing experience with the opportunity of playing golf whilst allowing time to explore the stunning coastlines, superb vineyards, exciting wildlife safaris and some of the finest hotels in the world 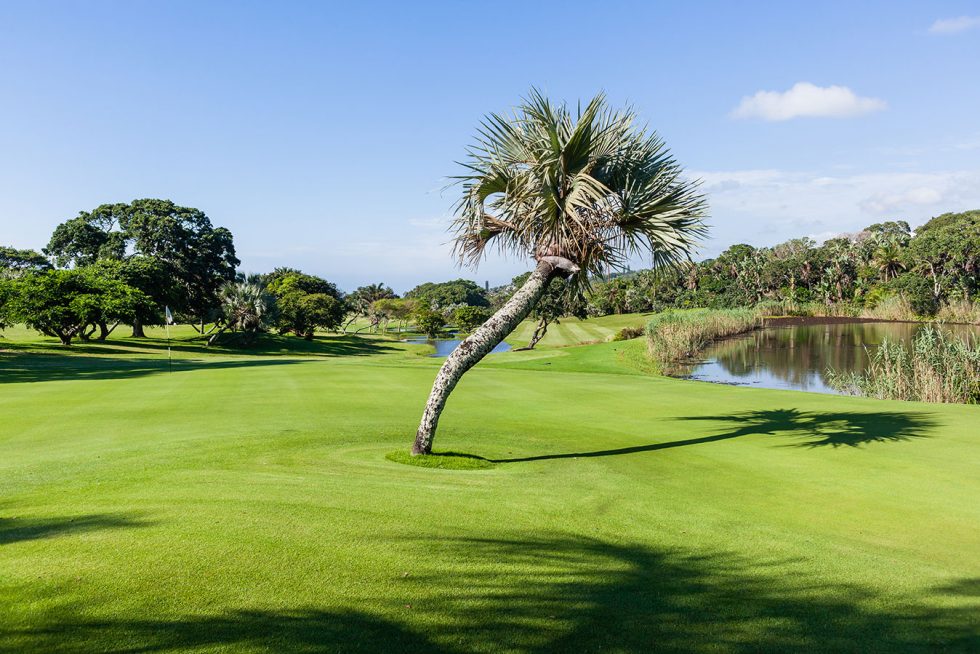 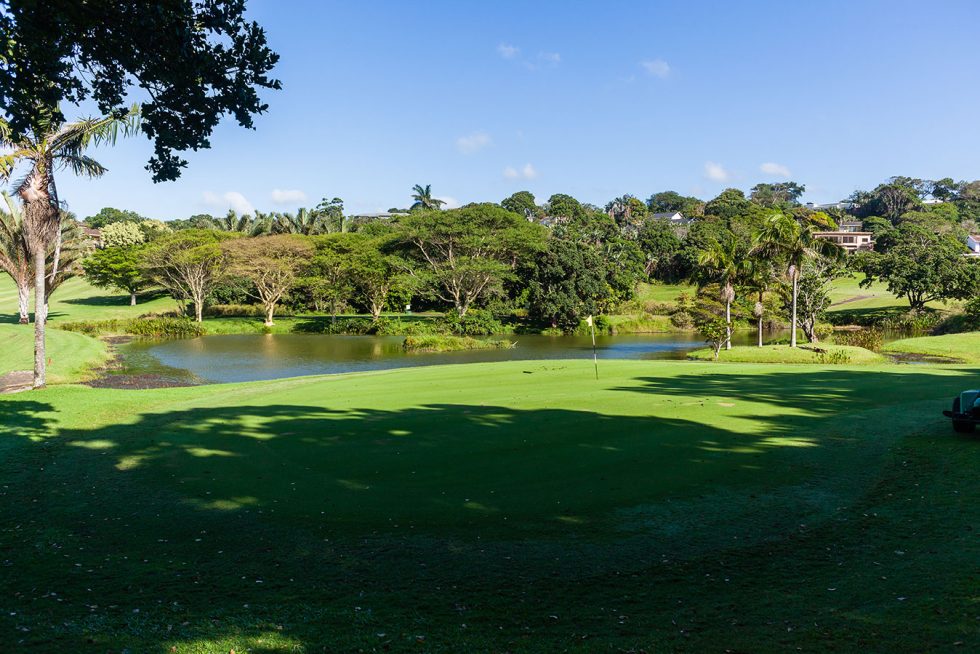 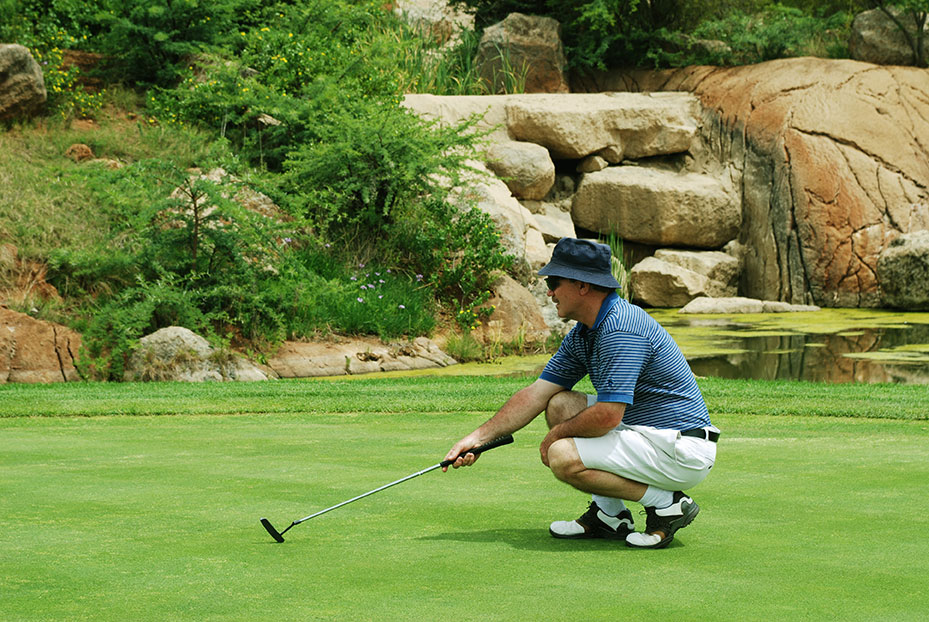 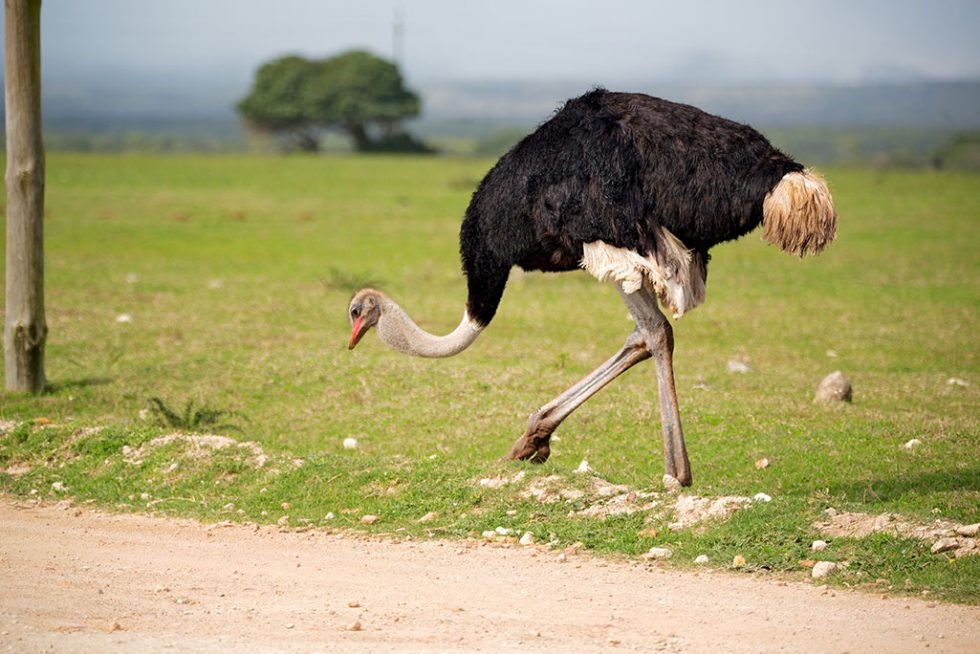 South Africa’s oldest golf club has a mature, tree-lined parkland layout, with new modern greens, which are always superbly groomed. There are excellent vies of the Cape’s rugged mountains. Signature hole: On the tough dogleg par-4 14th you have to skirt carefully around a large water hazard that comes in to guard the right of the green. A par here will feel like a birdie.

Set in the tranquil Clovelly valley, this relatively short layout, built among sand dunes, rewards accuracy off the tee and provides players with scenic views of the False Bay coastline. Known for superb greens. Signature hole: There are quite a few tight holes on the course, but one of the best is the par-4, 4th with out-of-bounds and a stream on the left, and a green guarded by a water hazard.

A championship venue in a magnificent setting alongside the Bot Lagoon that will test the best golfers. But it’s also very playable for the average hacker, having a fair amount of room. The splendid scenery is a feature on the round. This is both an exclusive resort and an estate course. Signature hole: The tough par3-17th alongside the lagoon requires a precise tee shot. Miss the green to your right and you could be on the beach.

Another residential estate layout built around a vineyard, and overlooked by mountains and forests. It’s a flat site that has been transformed into and attractive layout, with parklands and wetland features. There are also large areas of waste bunkers. Signature hole: Short holes don’t come as daunting or as pretty as the 7th, a par-3 with a green encircled by a bunker and with water on three sides.

Set in the Stellenbosch Winelands, this relatively new parkland layout is improving all the time, and housing estate is being built on the property. A brand new clubhouse was opened in December 2003. The front nine is relatively open and it’s when you reach the second nine that the real beauty of the course is unveiled. Signature hole: The short par-4 12th is played from an island tee over a large stretch of water to a green that can be driven if you’re brave enough to carry the water.

Host of the 1996 World Cup Golf, this is an estate course of two distinctly different nines. The front nine is on a flat, while the back nine climbs up the lower slopes of the magnificent Helderberg Mountain, with breathtaking views of the coastline from the top holes.
Signature hole: You’re biggest test comes on the par-4 17th hole that swoops downhill. You play from an elevated tee, with tall pines flanking one side and an out-of-bounds fence on the other. The green is long and narrow.

Set between the mountain range and the sea, this picturesque parkland course is an ideal holiday layout, famed for its all-year round playability and prime condition. Very easy walking. Signature hole: The par-4 6th is the toughest hole on the course, slightly downhill, with out-of-bounds on the right, and a long approach shot required from a hard sloping fairway.

The Links at Fancourt, George

A man-made Links course, quite possible the most difficult course in South Africa. Carry more balls than usual, and be patient. Accept that this was never meant to be a low-scoring, target golf course and you will have a whale of a time. A unique experience.
Signature hole: The short par-4 14th (309 meters) stands out. Thread your drive past the fairway bunkers and hit a pitch shot to a green framed by towering dunes. The par-4 15th, which swings around a wetland and ends in a peninsula green, is also a phenomenal hole.

This matured parkland layout has kikuyu fairways and bent grass greens, many trees and thick undergrowth. Signature hole: The long par-13 17th hole. Played from an elevated tee this hole requires a well-struck long iron or fairways wood to a narrow green. There are two bunkers right of the green, ready to catch shots that kicks off the bank, and one bunker short right of the putting surface.

Pezula possessed one of the great golfing locations on the African continent. The course is laid out on an undulating property overlooking the Indian Ocean. Rolling fairways and “eyebrow” bunkers a la Gleneagles give the course a Scottish highland feel. The terrain makes it very difficult to walk this course. Signature hole: Although the shortest par-4, the 289 meter 14th hole has spectacular location. A strategic approach off the tee and into the green is more likely to reap dividends than a big hit with a driver.

This pleasant layout winds through thick vegetation and beautiful trees. An extensive upgrading project has enhanced the course’s reputation. It has generously wide fairways.
Signature hole: The par-4 16th is both the top stroked and signature hole at “Plett”. Played from an elevated tee, the drive has to be kept away from the bush on the left. Bunkers and a stream that crosses the fairway protect the green.

The course is on a spectacular piece of property overlooking the Keurbooms lagoon at Plettenberg Bay, with views towards the Tstitsikamma mountains. Signature hole: The Keurbooms lagoon and the Indian Ocean behind it frames the green of the par-3 11th.

The course was carved out of undulating and rocky terrain. Situated over a hill from the Gary Player Country Club, the Lost City’s layout is different in character. The fairways are wide, the greens receptive and all things being equal it presents an enjoyable golfing experience. The Club house is modeled on the Zimbabwe Ruins. Signature hole: Keep an eye out for the Nile crocodiles in the water hazards left of the green on the par-3 13th hole. The green shaped to resemble the continent of Africa, is protected by the nine bunkers.

Arguably South Africa’s most famous course, courtesy of its status as host of the Nedbank Golf Challenge. The course cuts through the African bush and flanks the Pilansberg National Park. Blessed with superb greens. Ranked no 1 in South Africa 2002 & 2003. Signature hole: The par-5 9th , with its island green, never fails to get the adrenaline going. At over 500 m from the championship and club tees most amateurs won’t be able to reach the putting surface in two shots, but even the third shot is a tough one.

Golf clubs can be hired from most golf courses

Caddies are good value for money and range from ZAR120-150. A good caddie will have a good “course sense”, be able to read greens and advice on club selection-not just merely carrying your bag and helping you find lost balls! (Almost like a golf-guide to the course)

• Wednesday afternoons and Saturday mornings are generally for members only at Club courses.

• The use of sunscreen lotion is recommended.

• When playing on the coastal golf courses it is better to play in the morning due to the wind.

• Mobile phones should be switched off at all times on the golf course.

• Golf hats with peak to the front