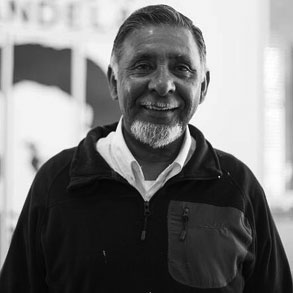 Yasien is a retired teacher by profession and his passion is history and storytelling. At the age of 17 he joined the struggle against the old Apartheid regime. He was on the team of the very first guides to join Robben Island when it was declared a museum in 1996. Amongst others, he has guided the King of Norway and the President of the USA on the island.

After the struggle Yasien was invited to Norway which became one of his very favourite counties. He did lectures and spoke to journalists.

Yasien accompanies our guests to Robben Island, Bo Kaap, District Six Museum and more. He has a great sense of humour and remarkable ways of telling stories.